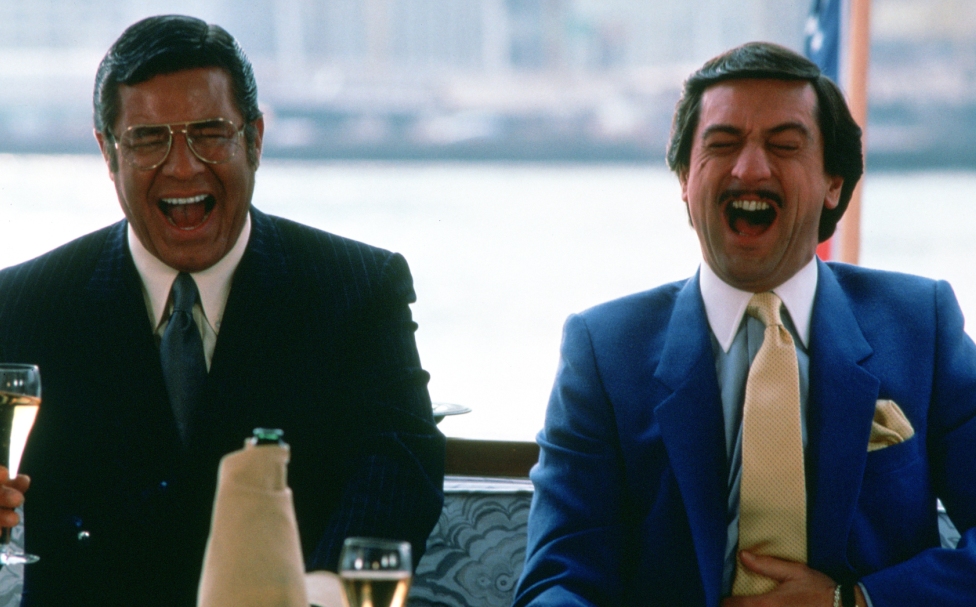 This photo provided by 20th Century Fox, shows Jerry Lewis, left, and Robert De Niro in a scene from the movie «The King of Comedy.» The Tribeca Film Festival will close with a 30th anniversary restoration of Martin Scorseseâs âThe King of Comedy.â This yearâs festival will thus bow out on April 27 with a classic from one of its founders: Robert De Niro. In the 1983 dark comedy, he stars as the aspiring comedian Rupert Pupkin, whose obsessive celebrity hounding leads to kidnapping. Tribeca co-founder Jane Rosenthal said it had always been a goal of Scorseseâs to use the festival to showcase restored and rediscovered films. The 12th annual Tribeca Film Festival opens April 17.(AP Photo/20th Century Fox)